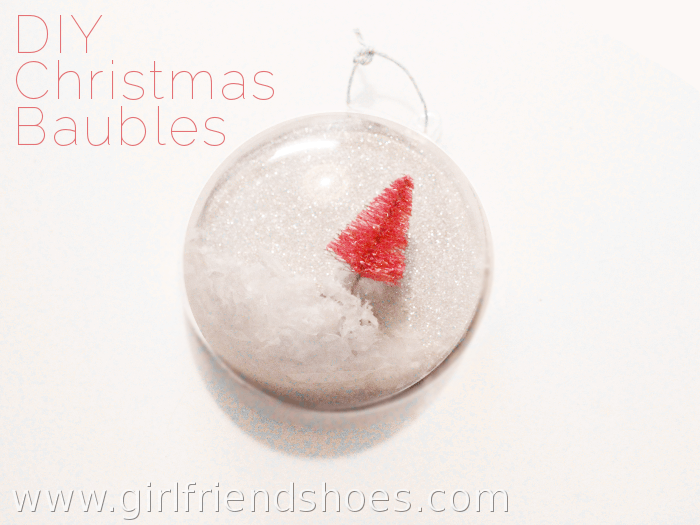 This little project is so easy you almost have to do it. All you need to do is cover the desired area with modge podge and then roll it around in epsom salts.

Then the tea light holders or whatever you’ve chosen looks like it’s covered with icy snow. So pretty!

I added the ribbons for a little pop of color. 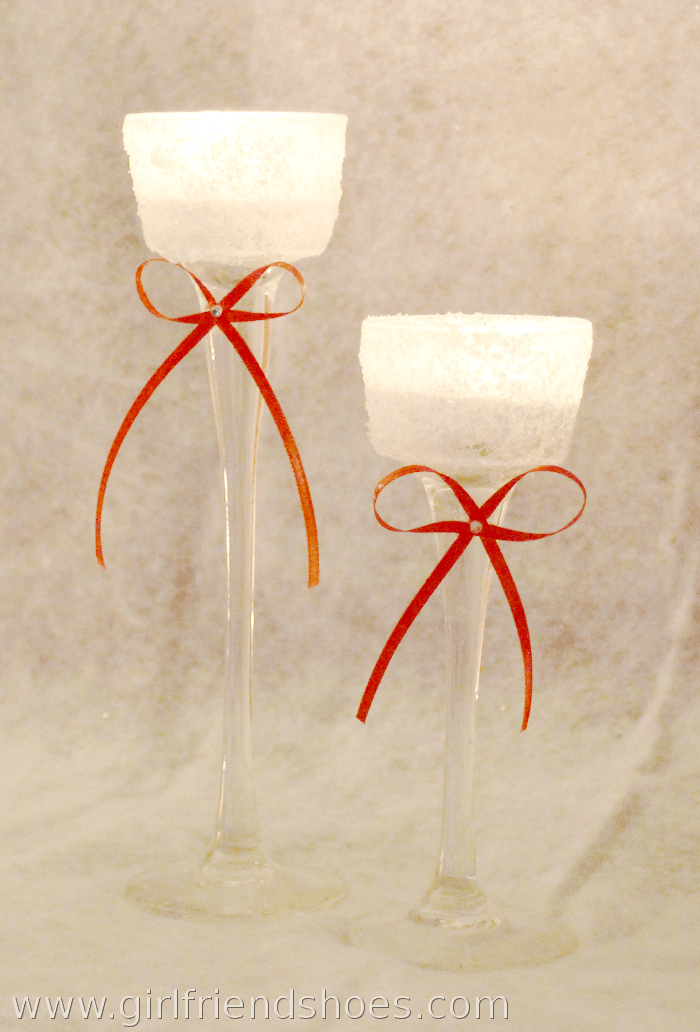 This was my very first snow globe making experience. I just love how it’s so easy to make them.

I printed out a picture I wanted to put inside the globe and laminated it with business card sized laminate pouches which you can get at Wal-Mart in the office supplies section.

I then just cut around it leaving a margin so that it stays sealed.

I used the recommended E600 glue and let it dry over night. To keep the picture in an upright position I just folded a lip in the laminate and glued that down.

I also added a tsp. of glycerin.

I then just cut around it leaving a margin so that it stays sealed.

I used silver sparkles which turned out nice and made my own little doggie bones which I also laminated that float around when shaken. 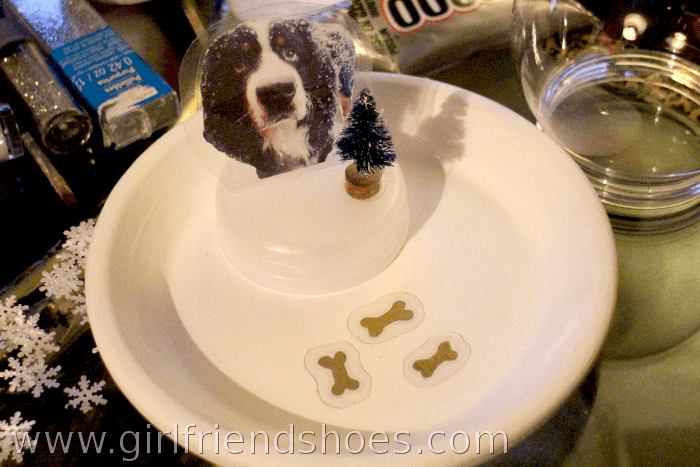 Billy Dog in a snow globe! So cute. 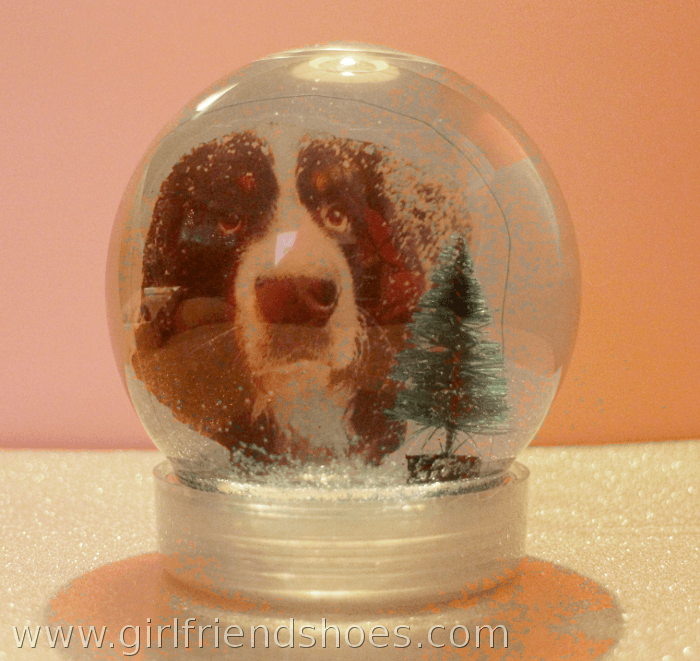 I tried to take a video to show you how nice it looks when shaken but apparently I suck at videos ha!

I like this ornament idea because one side of the ornament is flat which would make it a super cute bauble to put on a gift.

I purchased the two halves together at Michael’s and just used one half of the sphere.

I had dyed some tiny bottle brush trees pink and didn’t know what I was going to do with them.

I used the bleach then dye method before I realized you can buy light colored almost white trees which would eliminate the bleaching step.

I picked the prettiest silver glittery paper I could find and glued it to the back of the sphere to keep the fake snow and little bottle brush tree inside.

I used a small amount of glue to hold the tree in place. 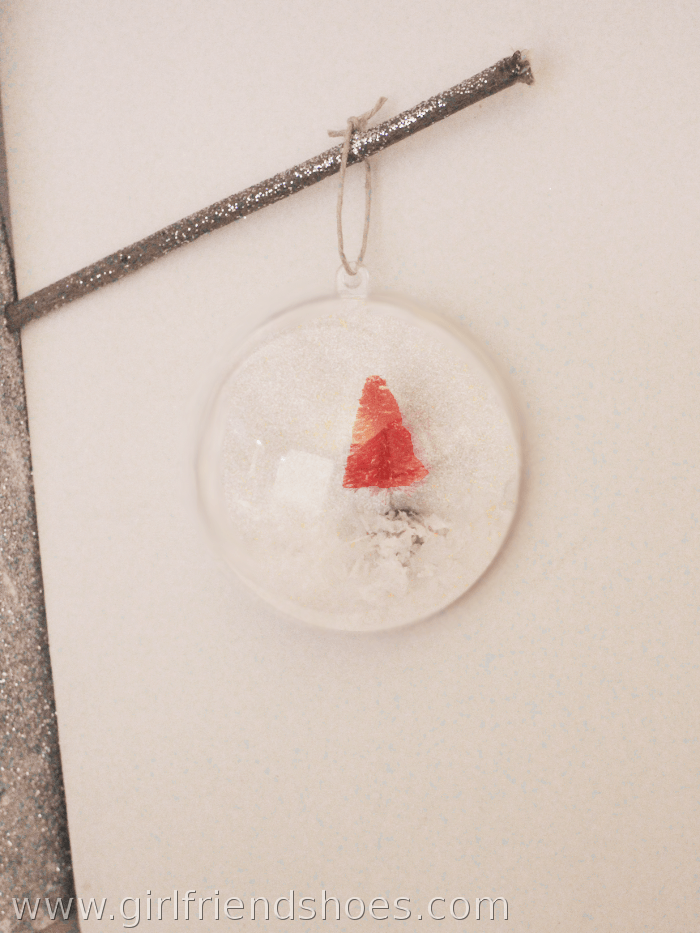 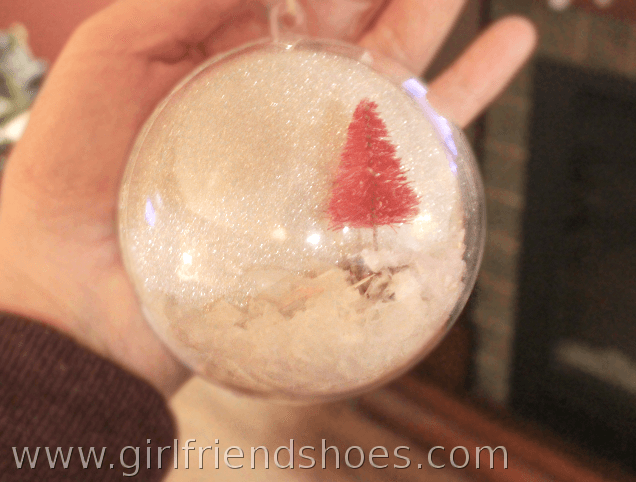 These 3 easy to make Christmas baubles take minutes to make and some major cuteness to your Christmas decor.